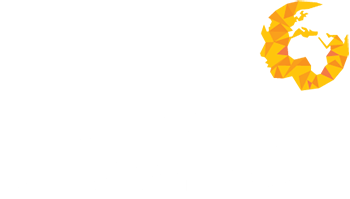 Published by Phil Ringrow on 25th May 2016, Employment and Job Creation in Milton Keynes, Updated on 06th October 2020

This article is about one of the fastest growing towns in Europe, mainly focusing on employment and job creation in Milton Keynes, the opportunity it presents, combined with some interesting facts.

Founded in January 1967, Milton Keynes is often regarded as the fastest-growing town in Europe. In 2013, it was estimated that the population of Milton Keynes was approximately 255,000 people. Prior to being built, the 21,870 acres of land to be developed was largely farmland and undeveloped villages. Milton Keynes lies in the northernmost district of the South East of England. 74km away from London, MK was originally designed to relieve housing congestion in the country’s capital.

Roughly half an hour away from London, Milton Keynes is situated next to the M1. There are many surrounding towns and villages, such as Bletchley, Fenny Stratford, Woburn, Buckingham, Newport Pagnell, Wolverton, Stony Stratford, and many more. Places that primarily attract tourism are Bletchley Park, where tourists go to see the home of the codebreakers; Buckingham, an old market town, home of the Old Gaol; Stadium MK, a 30,000 capacity football stadium which is home to the MK Dons. Also, there is a concert venue in Milton Keynes called the National Bowl, where acts such as Green Day, Queen, Robbie Williams, Swedish House Mafia, Michael Jackson, Status Quo, and Guns N’ Roses have performed.

As it is the number one city for job creation and opportunities in the UK, there is no greater advertisement to MK than the thousands of businesses that have been developed here, and the businesses that have chosen to relocate to here. Milton Keynes’ business base has increased by 36%, attracting 5 new companies each month, therefore creating more jobs in Milton Keynes. Also currently, the city’s phase 2 is underway – new growth will see the city compete economically and culturally with other cities worldwide. Milton Keynes presently is headquarters to some of the world’s biggest brands, coming from different countries such as America, Germany, Japan and Taiwan.

Milton Keynes is the number one city for growth in the UK; MK’s business base has increased by 36%, attracting five new companies each month. Because of this, the population has quadrupled from 60,000 in 1967 to 249,900 in 2011, and it is predicted to exceed 300,000 in the next fifteen years. Due to the growing population, at least 10,000 new houses need to be built. Approximately £1 billion has been invested privately in companies based in MK over the last ten years. As for statistics, Milton Keynes is the number one city for startups outside of London, and is among the top ten cities for new patents registered.

As far as profit is concerned,the operating cost compared to London is far lower and commercial properties in Milton Keynes are a fraction less than the equivalent in the country’s capital. Unsurprisingly, one could buy grad A office space for between 1/2 and 1/3 of similar in London. Industrial land is equally as competitive, and is a fraction of competing location costs. According to Official Government Data from 2011, the Milton Keynes commuter area had an average salary cost that was 30% lower than those of London. MK’s roads were designed on a dual-carriage grid system to enable commuters to be able to drive from one side of Milton Keynes to the other in under ten minutes. It is uncongested which means there are less traffic jams, meaning it is a more efficient business environment.

There are many interesting and attractive qualities that would make anyone want to relocate to Milton Keynes. Here is a list of some of the more obscure:

1. It was purposely located in equal distances from major cities such as London, Birmingham, Leicester, Oxford and Cambridge.

2. The concrete cows sculpture created by Canadian artist Liz Leyh in 1978 are currently located in Milton Keynes Museum. However, there are replicas in Bancroft, directly next to the A422. The cows have previously been kidnapped, held for ransom, vandalized, painted pink, been converted to zebras and have been decapitated.

3. The National Bowl was formerly a clay-pit that was erected to form and amphitheatre with a capacity of 65,000 people. It was opened in 1978 and has a permanent sound stage.

4. In September 2000, Bronze Age era gold (what is now known as the Milton Keynes Hoard), was discovered in a field nearby Monkston. The Hoard is made up of a pair of torcs, three bracelets, and a piece of bronze rod. The items were dated to around 1150BC-and it was valued at £290,000 and is now displayed at the British Museum.

5. The second tallest building in Milton Keynes (Xscape Centre) was opened it 2000. It features a 170m long authentic-snow ski slope, a 16-screen cinema a number of shops and restaurants and a climbing wall.

If you are an employer in the Milton Keynes area seeking to recruit staff, or looking for employment in the local area, please contact us.

You Can Also Read...

Come take a peak and check out our new office space at Human Capital V...

4 Easy Ways To Upskill Your Career

Top 4 Online Training Programmes If you are an individual who has been...

The Guide To A Perfect Cover Letter

Demand for Software Developers & Engineers Rise 36% in the UK.

Leading Recruitment Services Across The Globe

Our geographic presence allows us to support businesses across the globe, around the clock.